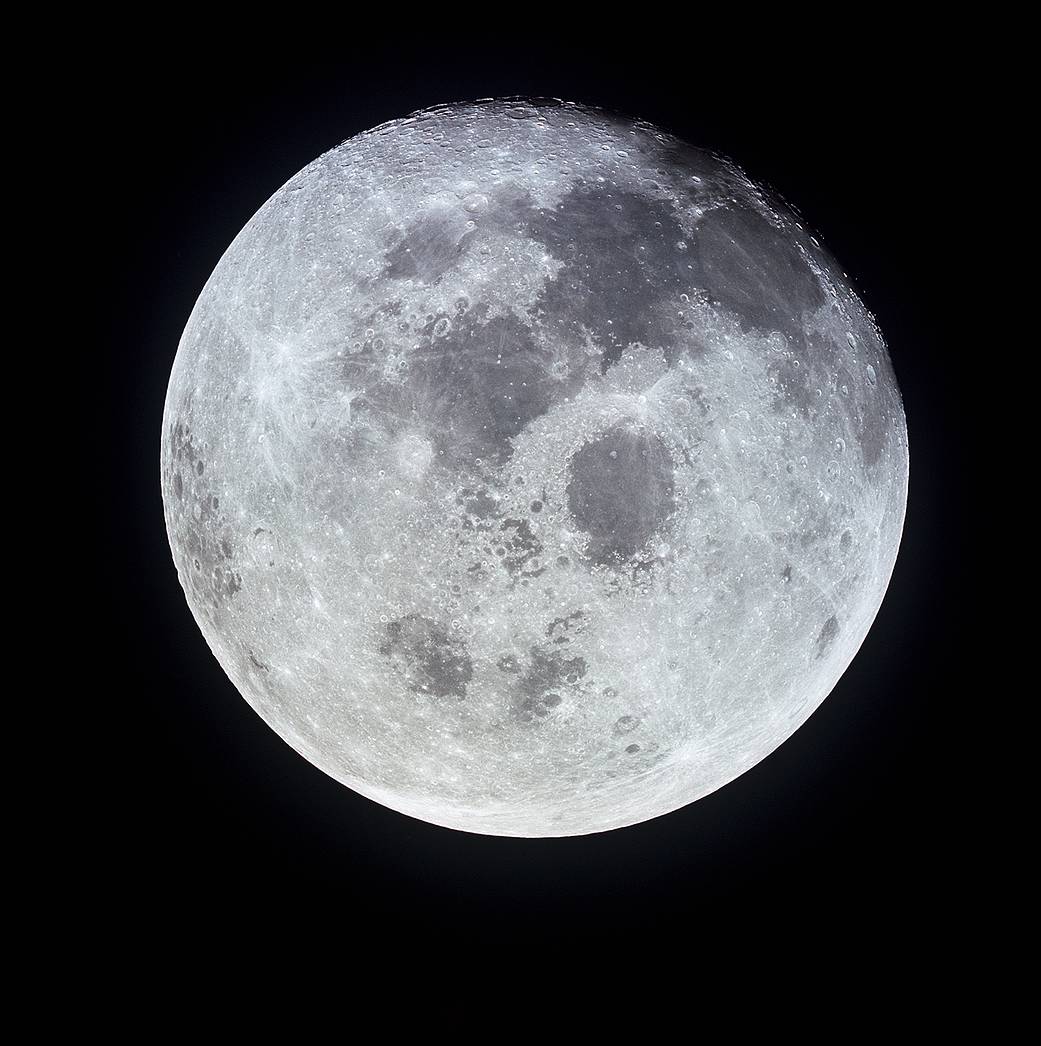 This full moon was photographed from the Apollo 11 spacecraft. Photo courtesy of NASA, July 19, 2013.

The December 3rd supermoon, besides being the only supermoon in 2017, was the first of three successive full moon supermoons. The other two full moons will be on January 2 and 31, 2018. And, in fact, the full moon on January 31st is considered a Blue Moon because it’ll be the second of two full moons in one calendar month.

Although rare, sometimes blue moons are actually blue in color. A supermoon which rises after volcanic eruptions or major forest fires can have a blue appearance from the ash and dust particles in the air. “Clouds of water droplets, ice crystals or fine-grained sand can do the same thing.”(SpaceWeather)

At our hunting cabin, when I go outside during the early morning hours of winter — after the generator is turned off and there’s only an oil lamp lit for safety — I often see the “blue” of the moon and the millions of bright diamond-like stars and planets in the sky. It’s an awesome sight and one I’m so fortunate to be able to experience.

Hm-m! I wonder if residents of California will be seeing a blue blue moon during January?

May your New Year be happy, healthy and safe!

*Translate UTC to your time zone.